When my friend author Stacy Green came with the idea of a blog hop to highlight those of us who write apocalyptic fiction I jumped at the chance.

Well, it might not be the end of the world quite yet.

But those Mayans thought they knew a thing or two didn’t they?

I don’t think it’ll end in a big bang. Of course I could be wrong and a meteor with our name on it is even now winging it’s lethal way towards us. As long as it’s quick and painless I’m okay with that, she says.

But what if the end is not quick and is very far from painless?

What if there’s a virulent outbreak of a swine/avian flu strain?

What if the outbreak of that flu is not a mistake but a deliberate act upon humanity?

What if the earth’s polarity is switching from north to south? When that happens we experience increased seismic activity, birds drop from the sky, thousands of fish are washed upon the shore, mammals all over the world are beached, lost and die a slow agonising death. Even worse are the changes in our climate, biblical floods, drought, supercell hurricanes meeting supercell tornadoes. Sound familiar to you?

But what if all of the above is caused by Evil crossing through portals into our reality. Don’t believe in alternative realities of our world? Then check out the recent experiments by scientists at the Haldron Collider in Berne, Switzerland who have developed the knack for producing tangible evidence of theoretical particles. Read more about it here 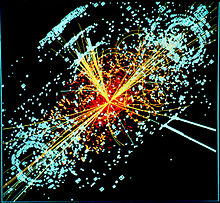 So do I have your attention now? Thought so.

Against this background is set my paranormal Vampyre Legal Chronicles series. In this series I’m destroying the world – always a fun thing for an author to do – before I invite readers into ‘New Manhattan’ in 2049 in my Untouchable series, which is set in an urban future. In this future our hero is a scientist who owns a global pharmaceutical company and develops a vaccine just in the nick of time before mankind is wiped from the earth. He also just happens to be a Vampyre Precedential Elder. And that’s all I’m going to say about it because I’m launching the series late in 2013 and it’s going to be a doozy 🙂 You’ll love the heroine too. She has a thing for high heels and is that rare thing an Untouchable Witch who just happens to be a Commander in The World Health Protectorate. Can you see where I’m going with this? 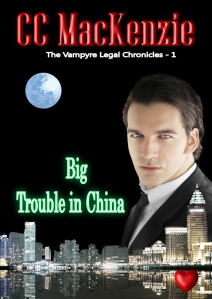 Anyway, back to the present and uncovering The Big Bad Guy! Big Trouble in China (available on Amazon and Smashwords) is book one of the Vampyre Legal Chronicles and is out now, book two, Dirty Little Secrets is out very soon and book three, Gia’s Song, is out in January. It’s going to take twelve episodes but these Vampyre lawyers need to join forces with their mortal enemy the Vampyre Witch, Ezekiel, to uncover a dastardly plot of conspiracy and revenge against them and humanity. The stories are pure paranormal romance with adventure, heartbreak, thrills and spills. And so far my readers are having a good time and some romance readers have crossed genres, which has been a big thrill!

Some of my author friends from the WG2E Street Team have banded together for the Last Weekend on Earth to give you some great reads and a chance to win! Check out their blogs for more info on their books.

Catie Rhodes’s Full-Tilt Backwoods Boogie (Catie’s post will be up on Saturday.)

What would you do if you had four days to go before THE END?

You know I love to hear from you and these should be good!

And I also just want to say please stay tuned for December the 21st because do I have an extra special Chrimbo gift for you which is going to BLOW you all away. Seriously. For those of you with brand spanking new Ereaders for your honey, then make a date in your diary to be here because you are not going to get this chance again. You’re gonna love me for this.