Yes, that will be me very soon!

I’m taking a break from the blog over the holidays to spend time with family and friends. H reckons I’ll also be writing because I never stop scribbling ideas and conversations in one of my hundreds of notebooks.

I want to wish each and every single one of you a happy Christmas and a peaceful and prosperous 2017!

See you next year.

Rhonda Hopkins invited me on her blog today to participate in her Authors Give Back Tuesday.

The subject we’re talking about today is very close to my heart, The Dr. Susan Love Foundation, breast cancer, and in particular prevention.  The number of women, especially young women under thirty five being diagnosed with the disease is on the increase. So this is a call to arms to all women, no matter how old and to their husbands and partners, to be vigilant.

You never know, what you read today just might save the life of the one you adore and who’s at the centre of your life.

What better gift of love to give her?

Please join Rhonda and I at her blog to help spread the word.

We need all the help we can get! Did I tell you that you guys seriously rock?

You know I’m a vocal proponent for equal opportunities and freedom of choice for females and males actually. But, seriously, sometimes I really do despair of some women today.

A few weeks ago a couple of my writing buddies, August McLachlan and Ginger Calem mentioned a weird and spooky trend among brides to be for ‘the drip diet’.

Called the ‘K-E’ diet it involves 800 calories being dripped into a feeding tube inserted up the nose. The idea being that if food bypasses the mouth and throat you can drop a dress size in ten days.

Apparently a bride, Jessica Schnaider went on the diet for ten days before her big day to lose weight. The flawed thinking behind the idea is that she’d look wonderful for her new husband and look good in her wedding pictures. This in my opinion meant the bride had totally missed the point of getting married in the first place. You’ve got to live with your husband for the rest of your life. And my wedding album has at various times lived quite happily at the bottom of a cupboard or in a box under the bed with all the other ‘important stuff.’

But this story, as a mother of two daughters, really pressed my hot button. I vented on August and Ginger’s blogs and left it at that.

Anyway, I thought that was as low as a poor deluded bride and certain high profile celebrities were prepared to go until I heard of this new tender morsel of lunacy. Have you heard of ‘bridalplasty’? Brides are now spending more on Botox, breast implants (don’t get me started on my mastectomy) and ‘hand-lifts’ for close up wedding pictures of the wedding rings and cutting the wedding cake. It’s made me wonder if their husbands are not expected to be a long term feature in the lives of these women? Perhaps they’re just for photographs? Or will they too end up under the bed with ‘important stuff’?

I don’t know whether to sob or spit nails. What the hell does this say about us as women? What message does it give to our daughters? Just today I saw in the news that schools in the UK are showing girls as young as seven a film of how their favourite actresses and models (males and females) are touched up, their flaws airbrushed out and perfection brushed in, by advertising companies and magazines. Woo Hoo! At last.

But then, have we made a rod for our own backs? I’m not dipping my big toe into politics. I don’t have an opinion. BUT. Remember Secretary Hillary Clinton dared to attend a meeting wearing glasses with her hair in a ponytail and no make-up? I remember thinking, ‘very brave, good for you’ but others savaged her for it. The press were more interested in that than babies being blown to bits.

She tore herself away from dealing with death and despair and said, ‘If I want to wear my hair back I’m pulling my hair back. At some point it’s just not something that deserves a lot of time or attention.’

Come on, girls, gird your loins and tell me right now how can we help those poor deluded brides?

Is a man just for the big day or for life?

What do you believe marriage is all about in 2012?

And give a big cheer right here and now on Fizz & Fangs for H.C.

I know I have been uncharacteristically quiet but I’m writing and editing two books at the same time. Good job the Editor has a sense of humour!

Chapter thirteen of Desert Orchid was put up and pulled down due to a technical glitch by me. But it’s back now. I’m on the home straight with it. Just about to turn the screw on Khalid in the next few chapters. Bless him. Enjoy! 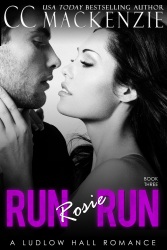