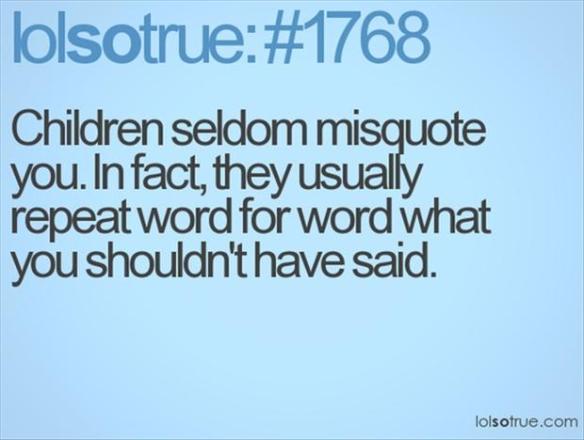 Time for another slice of Ludlow life with the Ferrantis’.

On a baking hot day Bronte is in her car with a full load of groceries and four children.

*Why has she gone supermarket shopping with four children in tow? Why? What the hell was she thinking? The baby’s all hot and bothered and has expressed her feelings by vomiting on a gorgeous sun dress, and baby seat clipped into the passenger seat. The twins are squabbling viciously in the back, and Tonio is boogieing on down to something on his iPod. She’s already pulled over once to deal with the baby. Thank God for Tonio. Nothing ever fazed the boy. Without being asked he’d grabbed Eve’s diaper bag and tucked a stinky dress into a plastic bag, and handed Bronte baby wipes and then a sip cup of fresh water to rehydrate the child. She’s no idea what the hell Sophia and Luca are bickering about, and since there’s no pushy-shovey yet, she left them to it. The twins are all hot and bothered, too, a bit like herself. This whole sorry mess is all her own stupid fault. Her nanny is matron of honor at her best friend’s wedding. Rosie, bless her, offered to take all four Ferranti children while her harassed bestie did grocery shopping, but Luca has a mild cold and Bronte doesn’t want baby Mila to catch it. Why borrow trouble?

And Nico is in Rome for two days, on business, or so he says. Last night he’d called her from one of his clubs, all Ciao, baby, and ti ‘amo, cara mia. Yeah right, there was nothing wrong with her hearing, was there? Hadn’t she heard the low and sexy, “Nicolo, come dance with me?” Then there’d been a short pause on the line before ‘Nicolo’ blew his wife a kiss goodbye. She’d give him more than a kiss when he got back, more like a fat lip and a thick ear. And as for dancing, she’d give him dancing. Temper on a nice steady simmer, she doesn’t notice the beautiful day or the beautiful countryside as she drives home with the air con turned on to full.

Imagine dancing with some sexpot, and doing God knew what, in a nightclub, while his adoring wife runs his home, does his laundry, and looks after HIS four children. AND runs a successful business. Seriously, the broom stick up her ass is beginning to chafe.

As temper leaks away leaving her all weepy and desperately fed up, Bronte tells herself she trusts her husband implicitly and not be stupid. But she tries not to think about the woman who calls him, ‘Nicolo’, and what it meant or she’d be as sick as her baby girl.

“I hate your stupid skinny chicken legs,” her twin snarls.

“I hate your ugly, smelly guts.”

“I hate your stupid bimbo hair.”

*Bronte takes a very deep breath, and turns up the radio. Even Taylor Swift yowling about lost love is better than listening to what’s going on in the back seat*

When she reaches the gates of The Dower House, she stops the car. And just sits still while the invectives rage on in the back seat. Tonio pulls out his earphones, sends her a wary look via her rear view mirror. She turns off the radio. It takes a about twenty seconds for the twins to realize all is not well. After a final, harshly whispered, “And I hate your stinky breath.” Quiet reigns.

“Wanna know what I think?” Bronte says in a silky tone. “I think I’m going to sell two of my children to the gypsies camped in farmer Brown’s fields.”

*Cue a stunned silence. In the rear view mirror she sees Tonio bite down hard on his bottom lip. It’s not often she uses the selling them to the gypsies threat. It’s bad parenting, but at the moment Bronte Ferranti could not give a hot damn*

“Got nothing to say?” she asks. She spins around so she can face her twins. It hits her hard, and not for the first time, what an fascinating blend of herself and Nico they are. Her green eyes in Sophia’s face, Nico’s dark grey eyes in Luca’s. Her mouth in Luca’s, Nico’s in Sophia’s. Her coloring and build – poor child – gifted to Sophia, and Nico’s jet black hair to Luca. She pauses and raises her brows, notices the twins are pale, eyes too big in their little faces. “Do you want me to take you to the gypsies now, or should you go home to pack your belongings first? What do you think?”

“I think I don’t wanna live with the gypsies. I won’t like it there,” Sophia says, her emerald eyes swimming.

“They have lots of puppies and kittens,” Tonio says helpfully.

Luca juts out his chin. “I don’t care about stupid puppies or kittens. I’m not gonna live with the gypsies. I’m gonna live with Auntie Rosie and Uncle Alexander and baby Mila. And without HER,” he says jerking his thumb at his sister. “They won’t sell me to the gypsies because they LOVE me.”

A little voice, might be the voice of reason, is telling Bronte to wind the conversation down instead of up, but she ignores it. “Um, I dunno about that. A little boy like you could make big bucks with the gypsies.”

Now Sophia’s chin jerks as she watches her mama through slitty eyes. “You’re being horrible to us. You’ve been cranky all day. I’m gonna tell papa what you said about the gypsies. He’ll spank your bottom.”

She stares hard at the twins, her voice firm and a tone that means business. “You both know better than to argue when I’m driving the car. And I have the baby with me. What would have happened if I’d been distracted by your bad behaviour and had an accident?”

Cue another silence, and Bronte let it go on, and on, until both twins dropped their chin on their chest. “Do I hear a sorry, mama?”

On the other hand, the stubborn Sophia takes a few seconds longer before she twisted her mouth, nodded. “Sorry, mama.”

Bronte starts the car, continues up the drive. “Well then, I think I’ll keep you both a little longer.”

*As she winds around to the parking space at the back of the house, Nico lifts his suitcase out of the trunk of his car. His smile is big and wide as he spots them. But the smile slides when he sees his wife’s stony face*

As the children barrel out of the car, Luca throws himself at his papa. “Mama’s going to sell us to the gypsies,” he says, then bursts into tears and buries his face in Nico’s belly.

Sophia, wearing a cute little white cotton sundress with sandals on her bare feet, marches past him. “You need to spank her bottom for scaring little children. Mama’s been a bad girl all day.”

Nico’s brows wing into his hairline as he hugs Luca and sends a ‘What happened?’ look to Tonio.

“Eve was sick in the car. The twins have been fighting all afternoon. I think the gypsy plan is a good idea,” Tonio says as he carries a heaving bag of groceries into the house.

“Go and help your brother,” Nico says, giving Luca a gentle pat on the bottom. He turns to his wife, takes the baby from her arms, catches a whiff of baby puke from her black curls. Bronte’s hefting a couple bags from the trunk. Chin high, she marches past him and into the house. Uh oh. Trouble. Can’t be anything he’s done. Can it?

*Three hours later and The Dower House is quiet. Nico’s just finished listening to Tonio read another chapter of Moby Dick. It’s hard going at times, but the boy is doing well. The twins and the baby are out for the count. He pours himself a glass of Chianti and a glass of white for her and goes in search of his wife, and finds her sitting outside on one of the swings watching the sun going down. Her hair’s tied back at the neck in a short tail, she’s wearing a skinny vest, tiny jean shorts showcasing long tanned legs stretched out before her. Her feet are bare, and he notices her toenails are painted deep pink. It’s clear she’s had a bad and tiring day. It’s also clear she’s still in a mood, which is something of a novelty because Bronte’s rarely moody. She simply doesn’t have it in her to hold onto a grudge for long*

He bends to kiss her flushed cheek, hands her the wine. Her eyes flick to his and hold. Now his own narrow as he recognizes something that looks like hurt and disappointment. “Enjoy dancing last night?” she says, takes a sip of wine, and not once do her eyes leave his.

Ah, the light bulb switches on in his brain. “It was the wife of a business colleague. Harmless.”

Her eyes move to study the growing dusk. “I can’t remember the last time I danced. It was definitely before we had Eve.”

*Within a couple of heartbeats, their wine is set on a table, and she’s in his arms. Nico hums, ‘Shall We Dance’ and spins her around the garden until she’s breathless and laughing so hard her sides hurt*

As they move into a slow dance, more of a foot shuffle and hug, she nuzzles her face into his neck to simply take a breath and inhale the incredible scent of her man. And just like that her world steadies again. “I’m a terrible mother,” she says as guilt about the gypsies hits her hard.

“No. What you are is tired and a little out of sorts. What you need, we need, is a special place just for us. A place that’s not far away. A place you, we, can escape to when things get on top of us. A place where we won’t be disturbed when I spank you when you need it.”

Her gurgle of laughter has him shift to stare into her face. He gives her big eyes. “I am not joking. According to our daughter you have been a very naughty girl.”

“And where would this magical place be?”

“You know the new A frame cabin set high in the hills above Ludlow Hall? The place from where we can see The Dower House?” She nodded. “I had it built for you. You and me. Why don’t we visit it tomorrow afternoon and christen the super-king-sized bed?”

Emotions, too many to handle, rose up to block her throat. Dear heaven she adores this man.

He drops a kiss on her stunned mouth. “Si. Somewhere you can chill, listen to music, work on a new cake design. Or simply read and relax. And it has a Jacuzzi.”

“Wow, how did you come up with such a great idea?”

When he sent her an are-you-kidding-me look, she had to laugh. “Cara mia, I am Italian.”

Remember, be good or I’ll sell you to the gypsies.

10 thoughts on “TIME FOR ANOTHER SLICE OF LUDLOW LIFE AND THE FERRANTI FAM-LEE.”