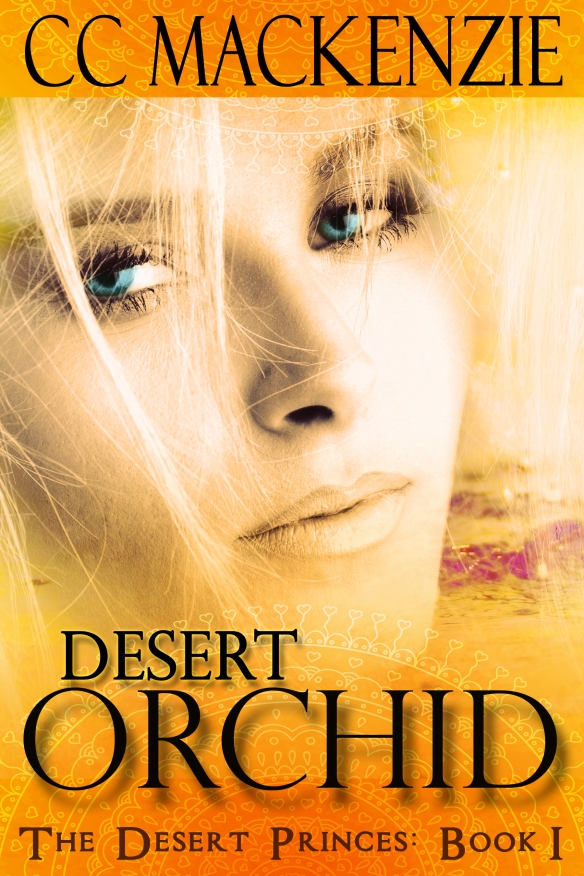 IT’S ALIVE AND AVAILABLE NOW IN ALL STORES

Some of you might remember the original Desert Orchid story featuring Charisse and Khalid that I began in weekly episodes on this blog… two years ago (how time flies). And some of you might have wondered what on earth happened to Charisse and Khalid. Well, the story has sort of morphed, as my stories are wont to do, into something bigger. Something more exciting. Something a little bit… different.

First of all let me make clear that at the heart of the tale is a romance (this is me you’re dealing with). The story is a nail biting suspense thriller, with plenty of twists and turns, that readers (they tell me) did not see coming. In this book I get to shoot, poison, kidnap and kill. THE best fun in the world! I also emotionally torture two characters who had gone through more than their fair share of grief and torment. I just tormented them even more. I even got to deal with a couple of sociopaths – and let me tell you, writing those guys was dealing with a different kind of human.

Towards the end of editing the story, there were lengthy discussions between my editor and H and myself regarding a change of direction for the series. Deep in my heart I’ve always wanted to write a continuity series – where each book stands alone as a complete tale – with two characters strong enough to take centre stage right through the books to link the series. With Charisse and Khalid I’ve found those characters. I know them better than I know my own family. And so their story, along with their close friends, siblings, and the story of their country, Onuur, and the people who inhabit that land will carry on. The El Haribes will continue to fight against unseen forces including a terrorist War Lord, people trafficking, the drug trade and much more. And all the while, against all the odds, and personal sacrifice, a deep and abiding love prevail.

It all begins with Desert Orchid where Khalid and Charisse meet. And just let me say that the road to true love is a pretty rocky one. Against the background of falling in love, the couple deal with the reality of an unseen enemy who has waited many years until the time is right to strike. There’s heartbreak, death, betrayal and a relentless evil who will not stop until it gets what it wants. But what strengthens the couple’s initially fragile bond, is a very real selfless love that is growing between them. A love that will be tested again and again.

And since it’s Mother’s Day in the United States of America, this post is dedicated to all mom’s everywhere. Especially my own mom, Ruth, who died very suddenly before the book was completed.

12 thoughts on “DESERT ORCHID IS ALIVE!”