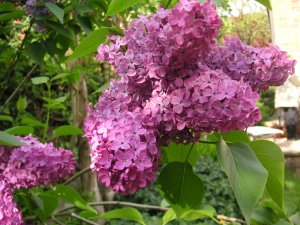 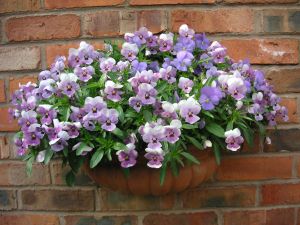 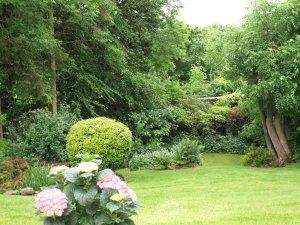 So, here’s the thing.

It was my son’s birthday yesterday and all the family including my two daughters were all here celebrating in our very green garden. He doesn’t want me to name him or say how old he is in case some of his friends twig that I am his mother.  Of course they know that I am his mother but they don’t know that, and he said this in a voice of utter mortification, ‘His mother has published two romantic novels with ‘good’ bits in them.’ Or that she’s in the process of writing even more romantic stories. Excuse me?

He won’t be saying that when we’re sunning ourselves in Fiji on a beach of sugar white sand sipping cocktails while Sven’s cleaning our sunglasses and serving us fresh fruit. Anyway, I got my own back by reminding him of the twenty-eight hours of labour I went through to bring him into the world. He was three weeks late (started life as he obviously means to go on) and almost ten pounds. I can actually feel all the women reading this wince in feminine solidarity. Thanks girls.

Now I’m used to him treating me like a taxi service, and a portable cash machine. But he’s fine with what I do when it suits him to treat me like a newsagent ‘Do you have the latest edition of GQ?’ And I’m a library, ‘Do you happen to have that copy of A Game of Thrones?’ And new technology disappears into the jungle of detritus that is his bedroom. And he’s actually building a new computer with his friend, so you’d think he’d be helpful with my new Mac. But not a bit of it, ‘This technology is wasted on you.’ I was told in a voice edged with utter disdain. (I should point out that he made the comment because I was having trouble switching it on.)

Why is it that derision and goading comes as naturally as teething and nappy rash used to. There’s nothing my son likes to do more than tell me what to do. Just recently he had a go because I used the word ‘cool’ on twitter. Apparently I’m no longer permitted to use the word ‘wicked’ either. Then his sisters’ got in on the act reminiscing about the time I used to teach Dance Fit and would start to boogie in Gap when a Madonna song came on and ‘totally mortified them all the time in public.’

Hugo just grinned (traitor) and reminded me of a time I really embarrassed myself on a bus when my eldest was a toddler in the days when I didn’t get out much. I was pregnant with my second daughter, (apparently you lose 30% of your brain capacity when pregnant – that’s my excuse) anyway, the toddler was being babysat by the daughter of a friend and I was alone on a bus going to meet Hugo when he finished work for an early dinner with friends. It was a lovely summer evening and since we lived in the country the fields were alive with cows and sheep and fields ready to be harvested. So I was sort of daydreaming and totally forgot I didn’t have the toddler with me. ‘Oh look!’ I cried in a high chirpy voice. ‘Cows! Tell me, what do cows do?’ And I swear to God I will never, ever live this down, at least twenty people on the bus all cried ‘Moooooo.’ They did, along with roaring with laughter.

So a good time was had by all yesterday as my family basically took the mickey. But I got my own back, I asked my son, ‘What do you want to do when you grow up?’ Hinting that the time was fast approaching when he’d need to start fending for himself. But he just batted the question right back to us. Hugo said he’d wanted to join the army or the police but his eyesight let him down. ‘When I was twelve I decided I wanted to be a nurse or a doctor,’ I said, scooping up a spoonful of birthday cake and thinking nothing of it.

‘Really?’ said my son without an ounce of derision. ‘So what you’re really saying, mother, is that you had more ambition as a child than you did as an adult.’

The sooner he moves into a flea-bitten tiny apartment, living on tins of baked beans and doing his own laundry, the better.

Which birthday was THE best one ever?

Share it with us, you know I love to hear from you.

Oh, and the pictures above are of my garden. We’ve actually had three whole days of summer, but clouds are gathering so it might not last. And The Olympic ceremony starts tonight so I’ll put good money on it we get thunderstorms and fat rain over the next few weeks.